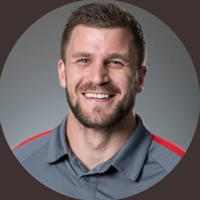 Ciaran recently completed his PhD in the Exercise and Behavioural Medicine Laboratory at The Ohio State University. His research focused on the physiological and psychosocial responses to physical activity lifestyle interventions in a variety of clinical populations. 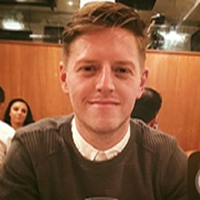 Attending Coláiste Íde opened the door to life changing experiences and opportunities for me. I attended the Football Association course which helped me earn a soccer scholarship to the United States, and upon returning home, I enrolled into Year 2 of the Sports and Leisure Management course as a stepping stone to university in Ireland

I am now currently completing the Sports and Exercise Management course in UCD where I will graduate with a degree, and hope to progress to a Masters.

Coláiste Íde gave me the tools and knowledge to prepare myself for University. Without attending Coláiste Íde it would be highly doubtful that I would have continued with education. I had great teachers, who were supportive in every way throughout my two years and I thank them for helping me to reach my potential in pursing my future career.

Click here to view the range of options in the School of Sports.

I’m not quite sure how to best describe my Ide experience, but I’ll give it a go.
I began my Journey in 2009 after I saw a friend of mine pack his bags for the states a couple of months earlier. He attended Colaiste Ide the year before and went on to receive a scholarship. I was working in my uncle’s factory when I decided to enrol. I saw it as a fantastic opportunity to get a college degree by doing something I love. I had felt college opportunities were limited for me in Ireland, and attending college in the States could be the perfect opportunity for me. Looking back, my decision to enrol in Colaiste Ide was probably the most important decision of my life. It was the one thing I can look back on and say “this was the moment when things started for me.”

Upon beginning my year at Colaiste Ide, I was put in a great environment, training every day 5 days a week, and I began learning more and more with the classes and advice all the teachers provided me. From nutrition & weight lifting to anatomy & SAT prep, I was given a great look into what life would be like for a student athlete. We had a very talented team that year, and we made fantastic memories. Some of the most memorable highlights for me and the lads come from the All Ireland final run and being called up to play for the Irish college’s team. The trip to Memphis, TN was one of the most valuable experiences I’ve ever had. We had the opportunity to compete against good universities in front of college coaches.

When we returned to Ireland, many of us began talking to coaches and schools. The work Danny and Jim put in for us was incredible. I was fortunate to receive a scholarship to Young Harris College in the North Georgia Mountains. It was a very small school which was new to NCAA D2 College in Georgia. The coach, Mark McKeever, was another big influence on me. He was determined to make Young Harris one of the top programs in the country. My first year we only won 2 games. Not the start I wanted, but I believed in the process, and by the time I graduated, Young Harris was the #1 team in the Country and nationally recognized as one of the best programs in D2. The school was incredible and the people were fantastic, which really helped me adjust since I was a stranger. The professors were incredibly helpful and accommodating. The school system felt a lot more relaxed than back home, which I really liked. I graduated with a BA in Media Communications. To this day, walking up and receiving my degree is still one of the proudest moments I’ve had—something I would have never thought of doing while working in that factory.

After I graduated college, having done so well on the pitch, I began to get some looks from some professional teams here in the US. I was eventually signed by former Stoke City and Irish midfielder James O Conner at Louisville City FC in Kentucky. It was a great feeling for me being able to sign because it’s been something I’ve been working for basically my whole life, and there’s a great sense of accomplishment when you finally reach a goal or target you’ve set for yourself. We are about to compete for the USL championship where I’ll be looking to claim my first medal as a pro. This would be the cherry on top of 2017, as I recently became a father to a son, Luca. My partner and I met playing football at Young Harris College.

With all that’s happened to me while I’ve been over here, I can’t help but imagine how different my life would be if I never attended Colaiste Ide and decide to give 100% to it. It was the platform which allowed me to build something for myself. I can’t thank Danny and Jim enough for what they have done for me and countless others in my shoes. I know many, many success stories from that school—men becoming head coaches in the states, receiving master’s degrees, even doctoral degrees. I am forever grateful for my time there and the opportunity Colaiste Ide gave me.

'Coláiste Íde means so much to me, and it really turned my life around and gave me a bright future. I firmly believe that if I didn't go through the course and end up in the states, I wouldn't have experienced any of the success I have so far. I'm so grateful for the guidance Danny and Jim gave me, it really is a phenomenal program for young lads that need a little extra direction.'

I’m incredibly proud to announce that I have accepted a position as a Postdoctoral Research Fellow at the Exercise Medicine Institute at Edith Cowan University in Perth, Australia. I’ll be helping coordinate a trial in 7 countries, looking at how high intensity exercise can affect disease progression, overall survival and other biomarkers of health in prostate cancer patients. This is the largest trial of its kind and I think the results of it will have a massive impact and really push us forward in terms of finally establishing exercise as a standard of care in cancer. The folks at ECU are doing an incredible job of making the case for exercise as medicine and are one of the leaders in the world in exercise oncology research. We’ll also be doing a ton of really cool projects in different cancer sites with exercise, nutrition and supplementation along the way. As far as dream jobs goes folks, this pretty much sums it up!

I came to this country (USA) 10 years ago to try and make something of myself, though never did I think it would turn out to be something like this. My life is going in a complete 180 degrees to the direction it was going when I was growing up. This is a direct result of the experiences and opportunities I’ve been lucky enough to have, the friends who’ve become family, the incredible mentors I’ve had (Brian Focht, Steve Tashjian Krissy Kendall Stephen J Rossi, Jim McMillan, Jason Crandall, Danny Crowley and Jim Conroy to name a few) and everything else that has happened to me in the ten years I’ve been in this amazing country. To those who supported me and pushed me, particularly to those who didn’t write me off (when you probably had every right to), I can’t express how thankful I am.

The other thing I’ll say is this: if you want something, go all in, give it absolutely everything you have. Play the long game, enjoy the process, embrace the struggle that comes with going after something you want that bad because I promise, the feeling when hard work, luck and good timing meet, is indescribable. 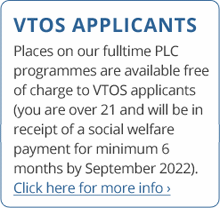 Funded by the Irish Government and supported by the European Union.